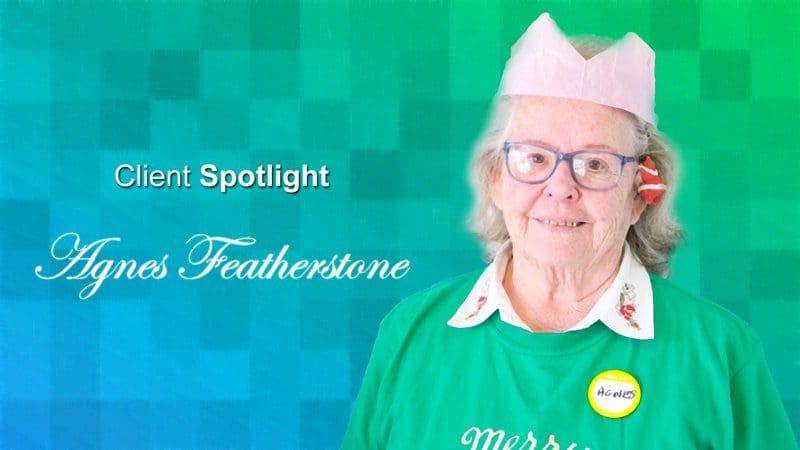 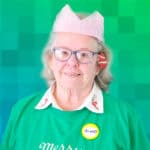 This is what caring for the Camden community is all about. Agnes migrated to Australia when she was just 13 years old on the 7th of January, 1950. Agnes’ family settled near Camden Park when her father gained employment as a Milkman.

Growing up in Camden, Agnes met her late husband Colin who was a Farm Hand at Camden Park Estate. As the story goes, Colin landed from Britain to Melbourne on the same day that Agnes landed from Britain to Sydney back in 1950, which was an interesting coincidence. These two people migrated from the same country to different parts of Australia on the exact same day. And as fate would have it, eventually found each other in Camden to marry and to live their lives.

Around six years ago, Agnes and Colin began receiving services from Meals on Wheels. Very sadly, Colin passed away a little over two years ago. Agnes has continued attending the Little Corner Community Cafe which keeps her strongly connected to friends and support. Agnes said she enjoys having the flexibility of ordering Meals on Wheels whenever it suits her, as sometimes she prefers a home-cooked meal.

During the interview of Meals on Wheels staff and volunteers, it became clear that everyone is dearly fond of Agnes. Tracey (Meals on Wheels Staff member) said, “We’re really glad that Agnes is still coming to our Community Cafe days.”

Speaking specifically about the service, Agnes said she prefers the Mini Meals over the Main sized meals. When asked what Meals on Wheels could do to improve the service, Agnes said that everything is quite good and she wouldn’t ask for any changes. She did suggest that the addition of an owned community bus would really boost the service, by not having to organise a rental for their day trips. Watch this space, Agnes… !